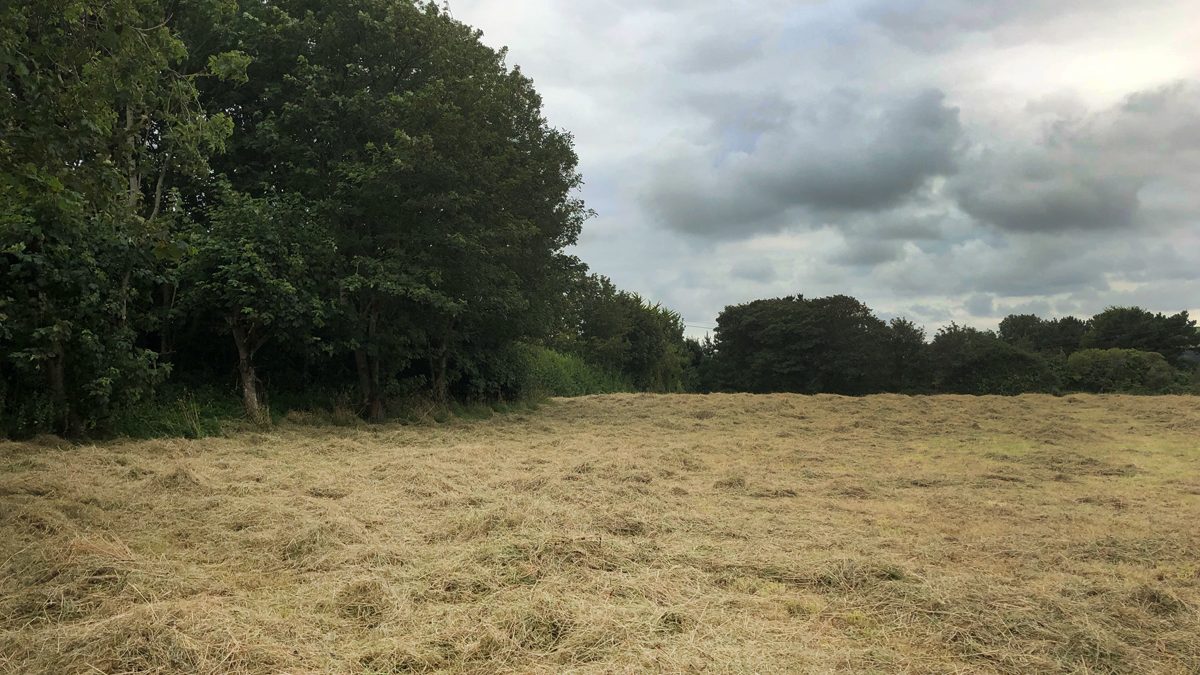 Yesterday morning we cut two fields of hay and it has barely stopped raining since.

The pale crop lies sodden on the ground, fallen soldiers of some drizzle-soaked, mizzle-drenched massacre.

If this weather doesn’t clear up they will have met the reaper for nothing. You can’t make hay while the rain falls, you know.

Last year we cut the same two fields and the hay lay basking in the sun for days and days. The problem then was that we couldn’t get anyone to come and bale it and the frustrations of that spilled out over a blank page or two and became a short story called ‘Harvest’.

Now another year has gone by and here we are in summer again.

However we might measure time, it’s the seasons that measure us. Seasons are a uniquely human span of time. Not too long, not too short but just right as Goldilocks might have said.

Hay making is a summer thing. Clouds of dust-dry chaff following the tractor, sunburn on your shoulders and aerobatic swallows racing across bright blue skies. That was last year. That was hay in the barn and words on the page but this year seems autumn damp and fall grey. A dull breeze barely rustles the stalks on the ground and the air is moist in a wet dishcloth kind of way.

This season is out of sorts.

We should have made hay while the sun was shinning. We should have listened to the warning signs before it was too late. We shouldn’t have mocked young Greta and we shouldn’t have put that last shovel full of coal on the fire. We have had enough warnings but mostly what we’ve done is a bit of half-hearted recycling and planting a tree every time we commission a new gas fired power plant or dig a new open cast cola mine.

I’m sure it will all be fine though. The weather is just a bit damp for the time of year. That’s all.

VISCERA by Simon Minchin. Now available in paperback and on Kindle.