Home > Journal > Before this became firewood, it was the inspiration for a story. 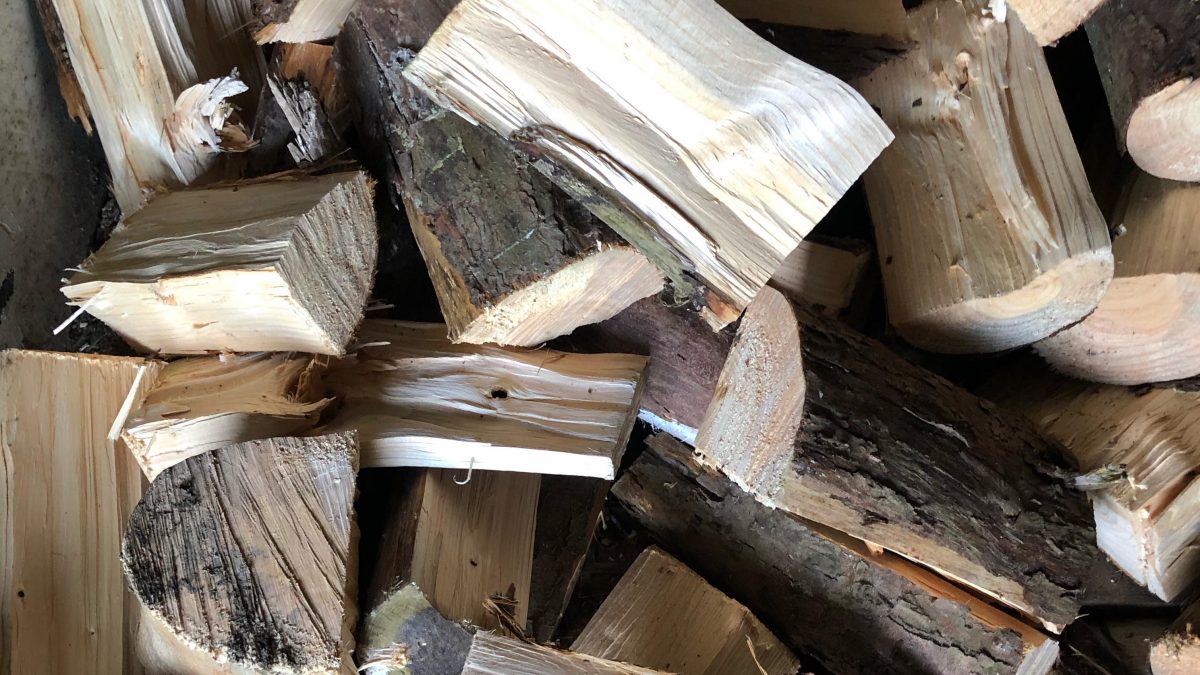 I like recycling. I love upcycling. Making something new out of something old, making one thing out of another. It’s nice. It’s how things should be.

Sometimes it’s how things actually are.

Originally the firewood in the picture was a tree, a pine that grew straight and tall. It grew in the corner of one of our fields. A corner called ‘the wood’ because; aside from the pine, there are a couple of chestnuts, a pair of sycamore and a rather dispirited medlar.

The sheep, when we had sheep, used to like to hang out in the wood. It gave them some shelter I guess, from the elements and from anything that they might have suspected was trying to sneak up on them. Sheep are naturally suspicious.

Well, the pine grew and grew and the sheep huddled around its strong trunk until, one dark and stormy night, a particular wind blew up and pushed the pine over. Back in the beginning of 2018 this was; January, I think. It had looked like a big old tree when it was standing up. Now that it was lying across the field, it was a giant, something almost mythical in size. It had fallen in one piece. The trunk hadn’t snapped. The wind had simply pulled the tree’s roots out of the ground lifting a circle of earth and leaving a chasm where a pillar had been.

A week or so later my friend Ty came around with is chain saw and we chopped up the fallen tree into wood for the bonfire and wood for the log burner and as we did it, my eyes kept being drawn back to that chasm in the earth.

I had a story that was looking for a location, a setting for the idea to play in and I had rather set my mind on one of the old, Observer Corps bunkers that litter the landscape down here, but this seemed as if it might be better and if you were to read the story, ‘If a Tree Falls’, then I doubt you would imagine it set anywhere else. So in November of the same year I wrote the tale and it was later published in the ‘Silverback’ collection of short fiction.

In 2020, Ty and his chainsaw came around again and we logged up the wood that had seasoned outdoors for the previous two summers. He took his share away and I began to split mine in the little log shed that sits behind the bottom barn.

The pine provided shelter, it provided inspiration and now it will warm the house in the long, cold nights. Sometimes the way it should be is the way it is.