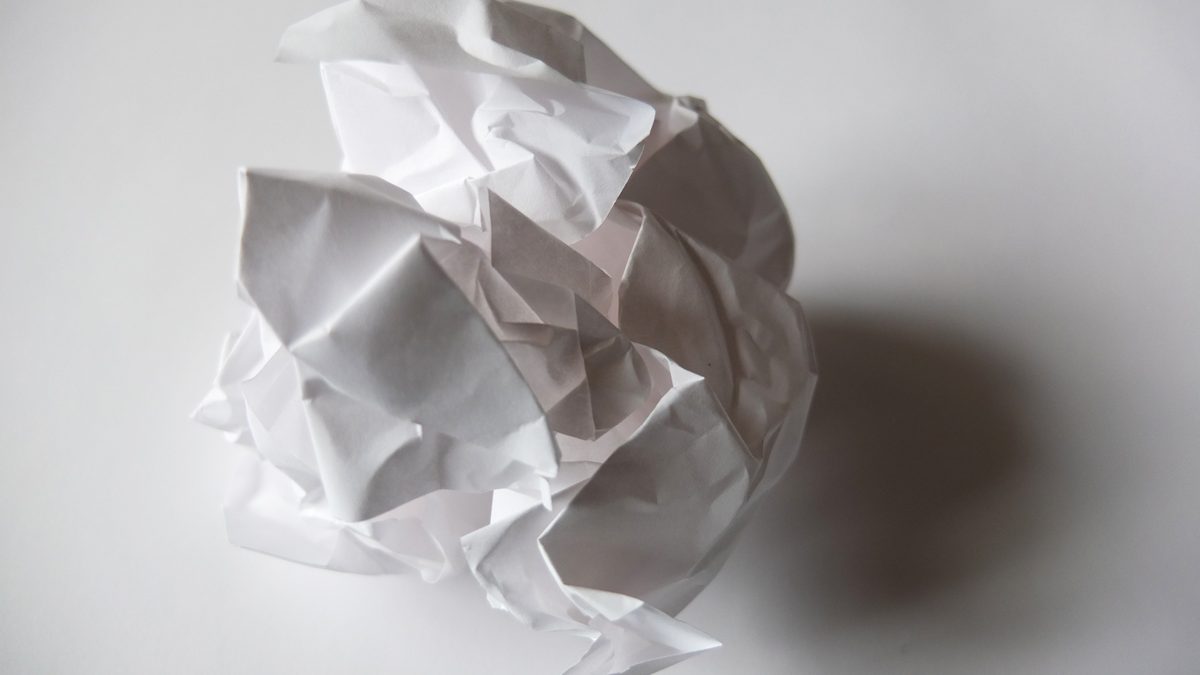 A blank sheet of paper.

They say that a blank sheet of paper frightens some people.

Pristine and unspoiled, it might be A4 or A5 but it is also boundless and infinite. It has no sense of scale. A single mark on its surface might represent an atom or the entire universe.

The very moment the first mark is made; the scratch of a pen, ink from a printer or a smudge of black graphite, the world of infinite possibility starts to become constrained. That first mark can be anything. The second one is forced to relate to the first and has fewer options than its predecessor.

Thus it is with stories.

That blank sheet of paper is a gateway to an infinite number of tales but once that first sentence is written down then the infinite becomes the finite and that is constriction by many orders of magnitude.

In fact, compared to an infinite number of choices, the limited number of choices that the story now has are – mathematically speaking – no choices at all. The deal is done. The dice is cast. The story is written in full. It is the predetermined future of the most ardent fatalist. All the author has to do now is to excavate beneath that almost empty page, to dig down to find the bones of the fiction and from them build the armature of the beast and then cover it with sinew, muscle and skin, with fur and tooth and claw.

Which is perhaps why starting in the right place is just about the most important decision you can make about a story. That first despoiling mark is the one with most influence.

Where a story leads is often news to me as well.

I write into the dark.

By that, I mean that I don’t know what is going to happen, how the story will pan out. I discover it as each word gets laid down and as each clue is dug up. I discover the story at the same pace as the reader, but I am the first one that makes the journey.

I love the phrase, ‘into the dark’.

Just imagine that every word that makes up a tall tale were to be inscribed on that same sheet of pristine paper like a typewriter with a stuck key, a pen scratching out letter after letter, the ink getting thicker and blacker until that frighteningly blank sheet of paper is covered, totally covered, with the tale entire.

It would be glossy and black and infinitely textured. It would be as indecipherable as that original white page, and yet every character and every setting, every word and every action would be there, plucked out of the ether and trapped in the tar pit of the ink.

What a thing that would be.